“Much have I fared, much have I found,
Much have I got of the gods:
What shall live of mankind when at last there comes
The mighty winter to men?”

Joined are we in Bilskirnir by fair maidens. THIS AND FREAKING VIVIDRED ARE GOING TO MAKE ME GO BROKE.

I would like you to remember that in Kudwafter, whenever Riki and Kud do the dirty, a certain darkness overwhelms their hearts and minds.

Riki remembers that Kud’s first time wasn’t with him, but with several large, dark-skinned men and women. And he wonders if she’s really enjoying it. I admit, I do have a soft spot for solid state physics.

I didn’t have a post planned for this week. Serious.

No, this stack of papers in my coat is not a speech. I didn’t plan to make it, and Raze didn’t tell me that he’d kill me if I made my post too long or inappropriate. I wasn’t planning on thanking both God and Satan for this opportunity.

It wasn’t too long or inappropriate, right? 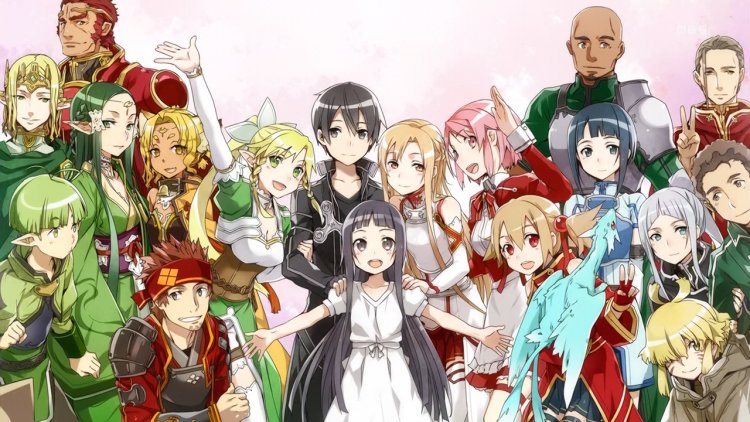 Best character in the middle.

The release of this episode concludes the SAO project! Over the past six months, we’ve followed the adventures of Kirito and Co. (or should I say Harem instead?) through two game worlds and four volumes of the LNs, and this is where we say goodbye to the series, right before Christmas.

My feelings towards this anime are mixed. I really did enjoy Volume 1 of the LNs and had high hopes for the series initially, but I can’t say I liked many of the directing decisions the studio made as the series progressed. In particular, all the sweet, little things that made Book 1 wonderfully romantic were left out. I never really liked the ALO arc either, but I suppose it makes sense to end it there.

Now that I’ve had my say, here are comments from the other staff!

kokujin-kun (Translator): A-1 Pictures, lrn2 English
Isakasan (Timer): I enjoyed it, aside from the action scenes it wasn’t too bad. The adaptation was done really well even if that meant making ALO so dull. Just like the novels! It was great working with UTW and the rest of the team regardless. Thanks to everyone for making this so enjoyable.
Justaway (Typesetter): Coming soon…
ar (Encoder, Backup Typesetter): Working on this show was a pain cause I didn’t enjoy it, but I had fun working with the guys none the less. Boobs would have made it better, but there wasn’t any so I rest my case.
Spoggerific (QC): Surprising how fast half a year passes. It’s a little cliche, but it seems like it was only yesterday when we started on the first episode. I liked the SAO arc a lot more than ALO, but at least that brought us Suguha, The Best Imouto. I hope there’s a second season just so ar has to work on this show some more.
thecowgoesmoo (QC): Thank you to everyone on staff for having enough patience to deal with my slow, obsessive self. I think SAO tried to do both too much and too little with the time it had, but in the end it turned out okay, right?

I handled the TLC, editing, QC, and anything that needed doing when people disappeared on me (such as timing and ad hoc typesetting. Shit sucked).

killazys, Sapphi, KmE, fgghjjkll, Bungles, msm595, and sangofe all helped out at some point or another… yeah, we had a lot of random fill-ins.

We hope you enjoyed the series and our work, and hope you’ll stick with us for future series! Thank you all for your continued support throughout! We at UTW and Mazui are proud to present you with your weekly dose of NTR.