I thought the mid-batch would be delayed but apparently not but apparently it still was, so here we go! Big thanks to kojika, xgraphy and any others who helped me find/fix problems for the batch. We also fixed some other stuff, I don’t remember what anymore but the main ones were Victorica?Victorique, Glaviel?Grevil, World War?Great War and some bad wording. To make up for the lack of Ep15 pic in the last post, here is one!

Also there are no encode fixes. This is purely script+font fixes so every episode can be patched easily.

I’m still undecided on XviD because it’s a lot of work re-encoding 12 eps. If I do decide to do it, it won’t be for a couple of weeks or maybe even longer. It’s basically a matter of when time permits.

Extract the contents of the rar to the same directory as episode 01-12, run the batch file, it will create files with the tag (Batch) in their filename, you can delete the originals after this. I didn’t add a delete function just to be safe because it’s 12 episodes. Also there’s nothing stopping the people who dont like (Batch) in their filenames from simply just renaming the files or changing it to v2/v3/etc. I did this for ease of the patchers and I’ve been watching Moshidora so I thought I would attempt to innovate (?). 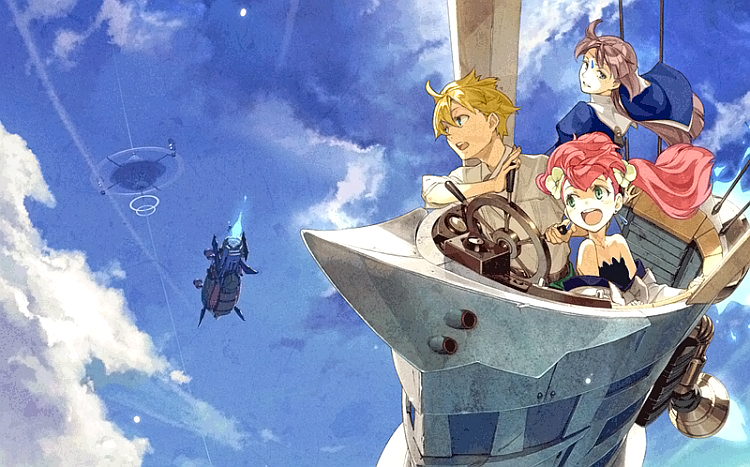 Here’s the Fractale batch. Episodes 1, 3, and 5 in the HD batch have been v2’d to fix a minor typo in each. None of the SD releases have been v2’d.

Be sure to check out the post for the Index II batch below.

And with this, Index comes to a close (well, the TV series at least). Like I said before, it’s been a fun ride, but now it’s time to focus on what’s important. Blu-rays, obviously! We’re doing our best to re-edit and QC every episode so that we don’t get anymore :derp: mistakes (that’s why, if anyone was wondering, it takes us so long).

The episodes that were v2’d (the 720p releases, that is; the XviDs are untouched):
ep16 – The ED is now perfectly aligned.
ep17 – Added missing subjects and removed extra “MISAKA’s” that were found.
ep22 – We changed the next episode title to “Before the War,” just so it matches with the next episode. This also has a new encode (thus a v1).
ep23 – All the names are now fixed. Someone also complained about the font I chose, so I changed it (screw you).
ep24 – Fixed a missing subject and new encode.

All fixed episodes have updated OP/ED lyrics (so it may change from ep18-21).

One thing to note: We left in two commercials for ep24. Nothing big, just advertises the Index novels and the Index/Railgun PSP games. If you enjoy the anime, you’ll enjoy the novels even more! Oh, and the games too. So go pre-order it!

Anyway, enough ranting. I hope you all enjoy this, and I hope anyone who enjoyed the series and wants the downloads sticks around!

All right so being the last episode and all (only 11 wut) we have letters from the staffroom! [Insert applause]
I said applause dammit!
…Ugh. Weak. Anyway, off we go, tally ho.

Moshiburner (Translator): [spoiler]While perusing over the winter season choices, I saw this image and something caught my attention, probably the art style and the detail. So I headed over here and saw even more gorgeousness. Well, though I didn’t get much of the artsy feeling in the actual airing (never figured out who that blonde girl was either) it was a work of art in its own little way imo. If for nothing else, I was able to enjoy it for giving me something to do and something pretty to look at every thursday (or friday, depending on where you are). I’m glad I chose it.[/spoiler]
fnord (Editor): [spoiler]When it emerged that I was going to be editing Fractale, I went and bought one of Azuma’s books. Azuma is the one who wrote the setting and the story and is also something of a scholar in Japan. While I don’t hold a great love for postmodern philosophy, his attempt at analyzing Japan’s pop culture through such a lens turns out rather productive precisely because Japan itself is somewhat postmodern. Fractale as a show was certainly not without its flaws, but I liked it nonetheless. There is a deeper message in Fractale the elaboration of which would go beyond the scope of this short snippet, so suffice it to say that if you’re interested in what Azuma might have had on his mind when he wrote the story, his book should make it more obvious. I hope you enjoyed the show![/spoiler]
commander`A (Timer): …
Kusion (Timer): I don’t watch this show, and I’ve only timed it 2 or 3 times, but the protagonist sounds like a female. The voice actress of this protagonist reminds me of a certain voice actress, but I cannot put my finger on which person this might be. I am also too lazy to search it up.
ar (Encoder/Typesetter/Kara): Was quite a cool show, best typesetting job ever~ NESSA GA SUKI~
Raze (Editor/QC): Fractale was a pretty fun (and short) ride. Nessa is adorable.

Batches in a day or two.

And here we are.

Raze says: Shit just got real again in this episode. Now if you’ll excuse me, my bed summons me for ~3 hours of sleep until I have to rise yet again. ;_;

Sup Moshi, we miss you~ ar~

We don’t have access to a .ts for episode 22 (just like episode 10, but this time without lovely blue borders), so you’ll have to wait until we get one, or until it’s released on blu-ray.

Special thanks to blakbunnie27 for translating the insert song (which, by the way, is very nice).