From The New World BD – Batch

A big thanks to fnord for finally getting this all out of the way today. And with this Shinsekai Yori BD’s are done.

All bar 2 or 3 of the previously released episodes have script updates, so it would probably be best to just download it again. I don’t have the original muxes anymore (deleted awhile back because I needed space) so I can’t make patches, sorry about that, but someone else might be kind enough to if they still have them lying around.

So it’s been a while since the first episode, but we were waiting for the batch to be finished before releasing more episodes. This will probably be the only release before the Blu-rays are finished, of which there is 3 volumes left containing episodes 17-25. I’m enjoying re-watching this, so I hope you guys do too.

From The New World – TV Batch

Finally, we’ve got this done. And with this done, we can proceed with the Blu-ray releases. If time permits, the current episodes will be out in the next week or so. No promises, but will try.

NB: The XviD batch has no changes, it is just a pack of all the episodes. 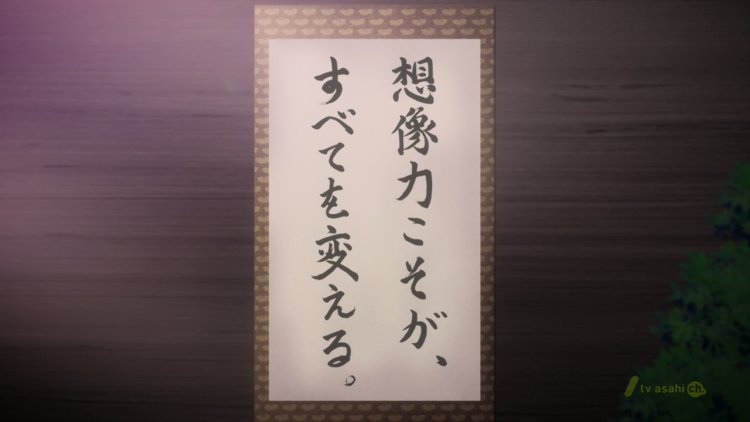 The release of this episode concludes the 6-month ride of Shinsekai Yori! An what a great ride it has been. The adaptation could have been better (at least, that’s what all the novel readers have been telling me), but the story has been so fantastic throughout that I can safely say it’s one of the best series I’ve had the opportunity to watch and work on.

An inconsistency you will notice in this episode is that the Fiend is now referred to as a girl (the Fiend was male in the novels). We’ll of course fix the previous episodes accordingly for the batch.

This project would not have been possible without the efforts of the stellar team on this show. Here’s what they have to say about the project!

fnord (Translator/Editor/Typesetter): Currently having fun in Japan…
valerauko (Translator): It was really nice to work on. I loved the novels great deal and the anime kept most of that charm too. Too bad there’ll never be a second season.
lygerzero0zero (TLC): It was a lot of fun working through the translational challenges the story presented and seeing scenes I’d read come to life. The books were still better though.
fgghjjkll (Timer): The show had its ups and downs, and although I generally did not like it, it had its moments. The thanks I get from timing this show each week motivates me to wake up early every weekend (though I make fnord really mad most weeks), so thanks for your support.
ar (Encoder/Typesetter/Handyman): Had a great time working on it, and had fun with everyone throughout. Was a good series and one of the better ones in the last couple of years.
Raze (QC): Simply fantastic to work on, especially with such talented people.

Hopefully the batch work for this won’t take too long, but seeing how unpredictable my schedule these days has become, I’ll stop short of making any promises. In case you missed it, we are doing the BDs for this, but again no promises on when they’ll be released.

Thanks for following us for this show, and hopefully we’ll see you guys again next season! 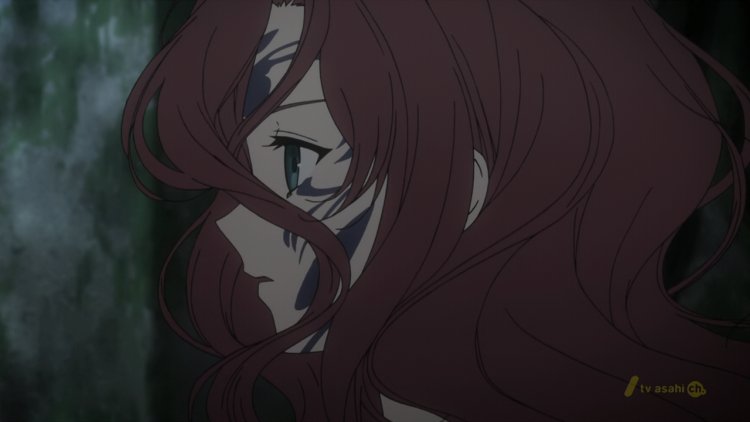 The penultimate episode of the series! Let’s shake the doggie minoshiro and see if that fixes it.

As the chief culprit behind the delay, it falls to me to write this release post. There’s really not much I can say in my defense. I’ve tried to move my social obligations out of the way of Shinsekai Yori for the past months, but with it airing on a Friday evening, this wasn’t always possible.

I’ve enjoyed this show and working on it a great deal. It saddens me that the budget and the sales were so low, but maybe the zeitgeist is just different.