Hi everybody.  I’m very excited to announce that we’ve finished the first Blu-Ray disc for Angel Beats!  We’re still hard at work on putting together a batch torrent as well, including re-encodes of key episodes, and re-edited scripts, so look forward to that.  In fact, you’ll probably notice some changes in these episodes compared to the originals as well.

The 1080p versions also contain a commentary audio track.  The 720p versions do not.

P.S. Nikon insisted on that picture. >_>

31/07/2010 – I’ve started my preparation work for BD Volume 2. Which basically consists of splicing audio/video, mapping out chapters, creating 8593843 avs files and all that fun awesome business. I’ve done a quick pre-prep job for ep03 & ep04 scripts, so if all goes well I might have it ready mid-late week.

BD Volume 2 contents is the following:

I’ll be splicing the CDED and Web PV’s into both episodes, similar to what I did with Ep01+02 bonus features. There are no Creditless OP’s this time around, so they’ll be staying as Credit versions. 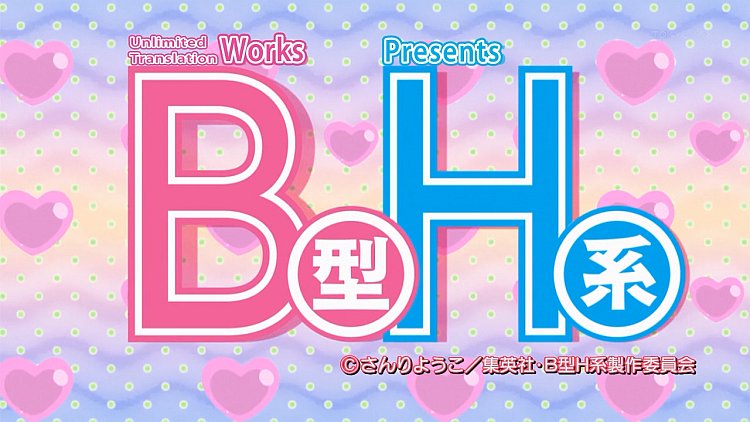 And with this, the B Gata H Kei project has come to an end!  Well, until the Blurays come out, that is.

A list of what has been changed for this batch:
–  The OP and the ED have been restyled and tweaked.
–  The Default dialogue style has been tweaked for greater readability, and an Alternative style has been added.
–  The entire 12 scripts have been re-edited by yours truly, and the translations tweaked.  Hopefully I’ve caught all the little typos that were here and there previously.

We will not re-encode all the XviD SD versions, but we may release a batch for the old SD releases if there is enough demand. There will be a patch pack that will update the old releases to the batch versions, but I’m too tired to make it right now. Sometime soon I guess. You’ll still need to redownload episodes 1 and 2 though, since they’re re-encodes.

See you in a few days for Amagami SS, and thank you for choosing us!

Raze (Main Translator, Editor) – Bittersweet feelings. 500 lines per ep full of jokes != fun, but I’ll miss the show.
Ershin (Backup Translator) – I hope Raze enjoyed his family dinners or sex or whatever it is he was doing when I took over.
Nikon (Timer, Editor, Assistant Typesetter) – Fun show. Can’t wait for boobies on BD.
Kusion (Timer) – HA, DIDN’T HAVE TO TIME THIS ONE FOR ME SINDALF, FAGGOT!
Klipper (Timer) – …
Shal_Dengeki (Timer for 1 episode) – When the hell did i contribute anything wtf
Bob64 (Main Typesetter) – Stay tuned for Unlimited Demon Seal v2 Works!!
Kemeko (Backup Typesetter) – ?(´??)?
BiGGuY (Main Encoder) – Nice quality sources, easy to work with I guess
__ar (Backup Encoder) – Stuff got done, I woke up too early a few times, we had fun~

Looks like practically the whole team contributed, even if it was only for an episode or two. 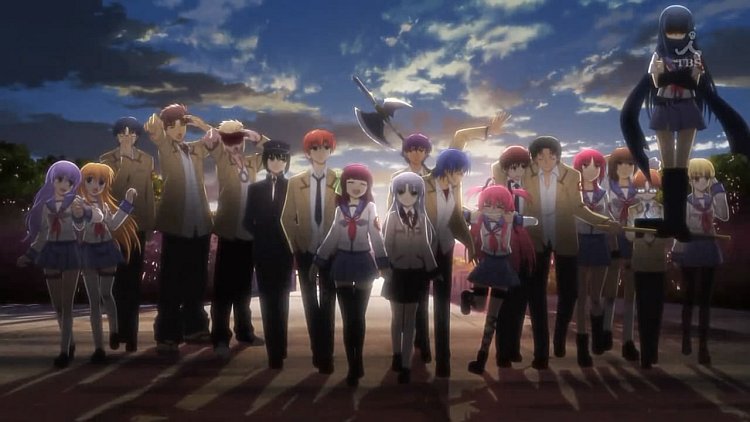 Don’t be shocked at the filesize: the episode was very static, and thus our encoder decided it was pointless to encode at the usual bitrate.  Rest assured that there is no decrease in quality.

Batch will come soon, along with perhaps the first Bluray episodes.  On another note, expect the BGata batch sometime this weekend, assuming things go according to plan. 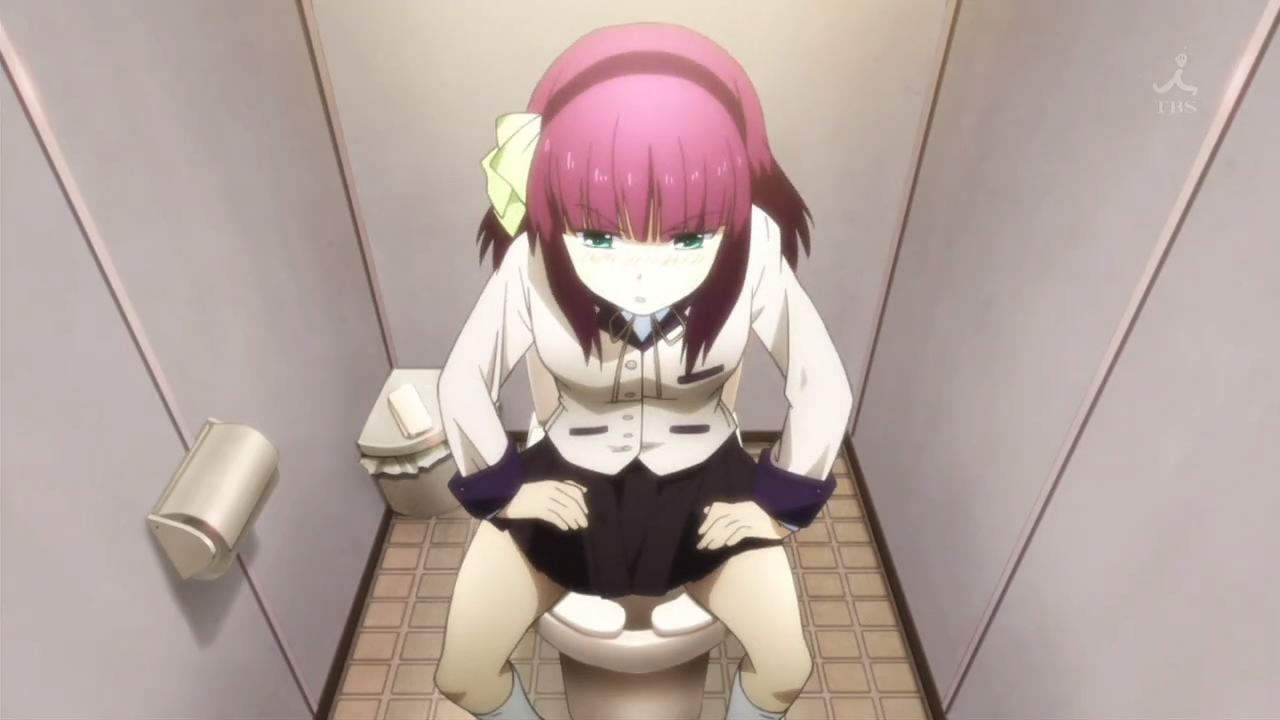 Hey guys, this episode was pretty cool. Just one more episode left! I’ma be in Costa Rica and Nicaragua so have fun with the finale next week plz.

Ershin: I can’t believe Nikon almost forgot to use that picture.

Edit:  So uh, something went awry in the muxing process, and most of the fonts are missing.  It’s probably mostly unnoticeable, since the majority of the fonts used in this episode are Windows defaults, but one or two are not.  If you download the patch and launch the .bat, it should apply the missing fonts automatically.  My apologies for any inconvenience.  This is why I usually stay away from the actual file-creation end of things.  >_< 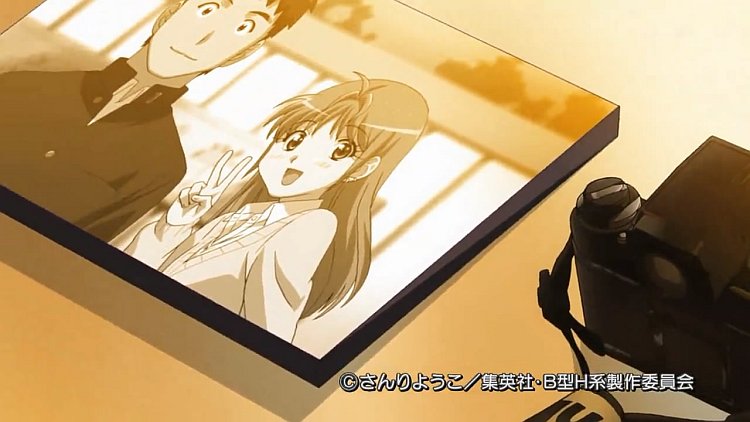 And we’ve reached the end of this series!  *Sob*  I will sincerely miss it.  The comedy gold, the ridiculous amount of lines per episode, the even more ridiculous amount of signs, random staff members bailing out on me, the delightful sexual innuendos, and of course, the characters that make this show what it is.  Yamada, Kosuda, Kanejou, Misato, Takeshita… never again will I need to wrack my brains to translate sexual puns and jokes a la B Gata.  Unless there’s a season two…

CRAZY MAD SPINGOLICIOUS PROPS go to Ershin for taking over for me, as I was away for pretty much most of the afternoon and all of the evening today, and he was very kind to translate the, let’s see… 505 lines of dialogue in this episode.  He’s the reason you’re getting this about 3 hours late and not 24 hours late.

The batch release of all episodes with various typos fixed and timing tweaks will be released soon, but it’ll probably be at least next week.  The B Gata blurays will be uncensored, apparently.  Something to look forward to?  XD

With that, the birds are beginning to chirp outside my window.  Time to sleep, I think. 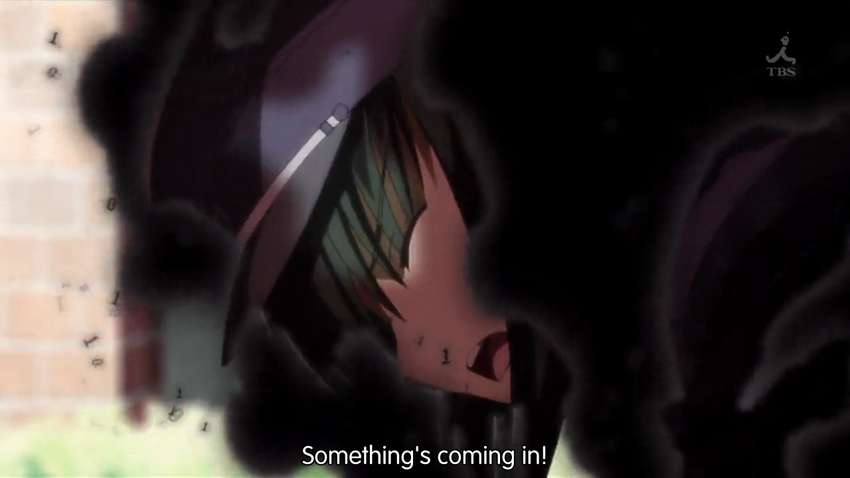 Please enjoy your episode of LOST. Now with more sodomy.