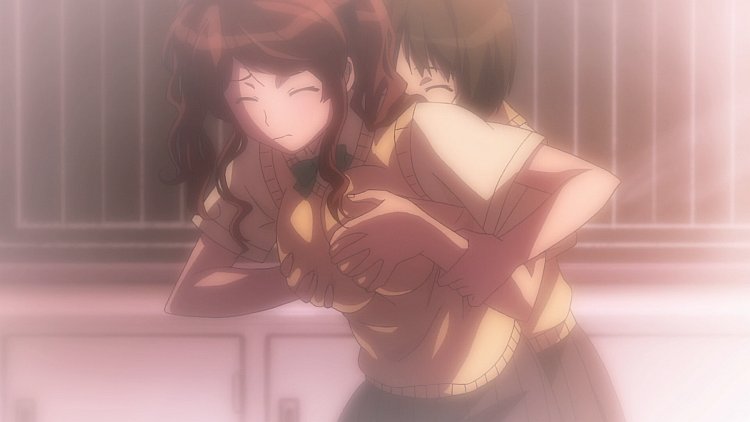 Again, there were no other extras.

It seems we can come to expect extra scenes in each of the fourth episodes of each arc. Episode 8 contains some extra Kaoru footage… which I found to be a nice addition.

ar once again shifted and tinkered with the typesetting, and Xack helped do the encodes. Enjoy!

EDIT:: Turns out there IS an OP1b included in volume 4, but some miscommunication occurred, and Xack thought it was the same as OP1a and didn’t encode it. We will throw that out with all the other stuff in the next Amagami SS BD release.

Here’s Amagami SS episode 24, also the ending to Tsukasa’s arc. And what an ending this was! The perfect kind of episode to sit down with a hot drink and a blanket in a cold winter night. I had to translate this in the dead hours of the night, but boy was it worth it.

So I apparently made a mistake last week and announced that this would be the last episode, only to discover that a certain episode 25 starring Kamizaki Risa will be airing in the midnight hours of Christmas Eve. Will we work on it straight away? Probably, but that’s difficult to say at this point.

This means the staff curtain call and all the tears will also be postponed until next week… but for now, we have for you two new polls! I’ll try and find some time to do a post on the results of the earlier Amagami SS arc polls.

And last but not least… new banner! I literally had a mental orgasm when I saw it. Credit for the banner goes to the wonderful Kusion. 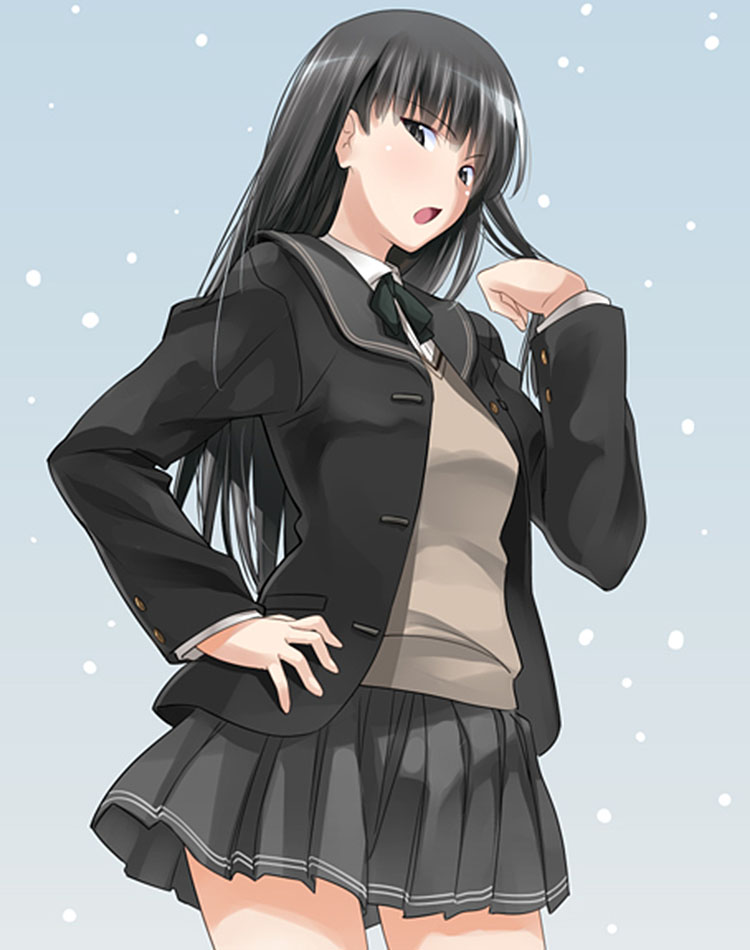 I’m still kinda recovering from this monologue. The end was almost too much for me to take.

[spoiler]My name is Ayatsuji Tsukasa.
I am the class representative of class 2-A at Kibitou High School.
I am also the 57th Founder’s Festival planning committee president.
I am a brilliant student who is well-trusted by teachers and students alike.
That’s the me I’ve been pretending to be this whole time.
There are a lot of classmates and teachers who depend on me.
But none of them know about the real me.
They would surely distance themselves from me if they did.
I do what I want, am annoying, want things to myself, and am cocky.
I also get jealous easily… and am a little lonely.
But someone who admires me despite knowing the real me has appeared.
It’s weird for me to say this, but…
“You’re too curious for your own good.
“I wouldn’t approach that unreasonable girl if I were you.
“Not like you have anything to gain from it.”
Though it’s kinda depressing to say that about myself.
Anyway, that Mr. Curious is my classmate Tachibana-kun.
He’s indecisive, an idiot, and clumsy,
but for some reason tries his best to follow my every command. What a weirdo.
Why does he work so hard?
What is he working for?
I don’t understand.
But as for the me who, before she knew it, couldn’t stop thinking about Tachibana-kun…
I understand her even less.
What’s good about him?
No, that’s not it.
It’s not about what’s good and bad about him. I’m just curious about him…
And so all I think about in the end is Tachibana-kun.
It’s so much fun to think about how to toy with him by making him do this and that tomorrow…
…that I can’t concentrate on my studying.
He’s slow, but rarely…
Like, really rarely, he does something thoughtful.
He also tries his best on things he can’t do.
He couldn’t type to save his life, but… well, I suppose he’s an average typist now.
I mean, I took all the trouble to teach him, so it’s no wonder he can do it now…
Anyway, there hasn’t been anyone like him around me up until now.
Don’t tell me… I…
…l-like… him?
No way! For me to like someone as useless as him?!
I’d obviously pick someone better!
Hmm, but what makes a good guy?
Appearance? Personality? Intelligence? Money?
Hmm…
Stop! So I just ended up thinking about him again!
Geez, what a waste of time!
Oh, I know!
Why don’t I just make Tachibana-kun mine?
Hehe… that’s a great idea!
Tachibana-kun, starting today, you belong to me, Ayatsuji Tsukasa!
Though… that’s kinda embarrassing.
But… whatever!
It’s Tachibana-kun we’re talking about anyway.
I’ll make him mine.
He might make a fitting substitute for my notebook.
Hehe… I expect a lot from you, Tachibana-kun.
Be sure to take in everything about me, okay?
If you do that, I’ll also return the favor.
I’ll give you my first time.
I love you.
…maybe.[/spoiler]

As Christmas draws ever closer, so does the end of this series. We have here the penultimate episode of Amagami SS and third episode of the Tsukasa arc. I personally felt the pacing in this episode was rather rushed, but it’s still more of the gorgeous Tsukasa we love.

As a matter of fact, I am flying home tomorrow morning and will be gone all weekend; Index II should still be released on schedule however.

In other news, our translator Ershin was recently married to his sweetheart last Friday; congratulations to him!

So, I saw a post on 4chan’s Amagami SS thread by Hayate !!y0Eem2xxRI6 saying that two links (drama CD stuff) would never be subbed. Well, I was bored and couldn’t sleep, so I translated it. I’m downloading the audio right now and I’ll make a better release later. For now, enjoy the text translation!

(Thanks to kokizzzle for checking my horrible translation, forgetting near the end, and finally finishing)

It’s a bit long (130ish lines I think), so I’m not going to post it here. Here’s a direct link to the text: http://www.arinashi.com/amagami/kaoru/omake/Kaoru_Omake.txt

I can’t believe I stayed up all night for this.

EDIT(12/4): Okay, video/audio/text all uploaded. If you’d like to download it, you can find the files here: http://www.arinashi.com/amagami/kaoru/omake (I’ll get to the rest when I have a bit more time). 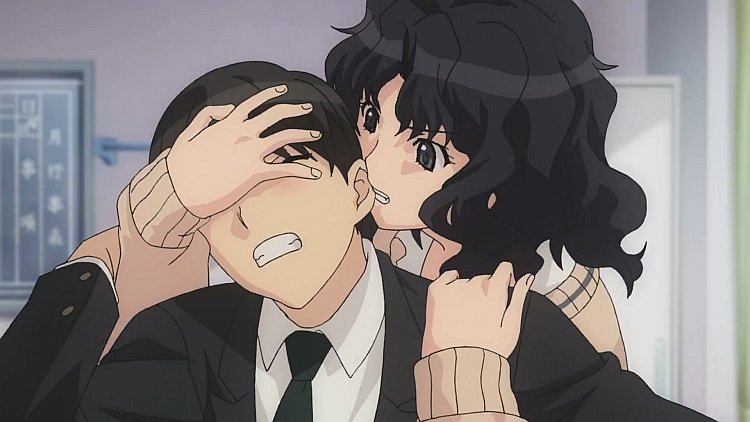 There were no other extras.

Of particular note is the little extra scene in episode 4 that was not in the TV broadcast. As for what it is and where it is in the episode… we’ll leave that for you guys to find out!

Thanks go to ar for shifting and putting up with me, and Xack for taking the load off ar with the encoding. Enjoy!

EDIT:: Added download link for a patch that adds a couple missing fonts in episode 4. Apologies for the mishap.